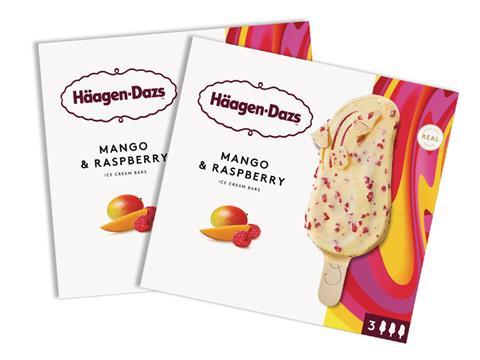 Why: Häagen-Dazs put its ice cream on to sticks early last year, launching the product exclusively into convenience, where it generated £633,000 sales in its first seven months [Nielsen 52 w/e 8 October 2016]. The burgeoning range expanded into grocery at the beginning of 2017, rolling out a multipack with the aim of tapping growing consumer demand for take-home handheld ice creams and premiumising the category.

Consumer verdict: The brand name and “bright, eye-catching” packaging generated much pre-trial interest among our shoppers. The product scored above the norm on all key measures except health and value for money - with consumers praising the “lovely combination of flavours” and “good size”. For some it was “summer on a stick”, though others complained it was “a bit sickly”. The premium price meant the bars were unlikely to be an everyday item, but three-quarters of testers considered a monthly or occasional purchase.