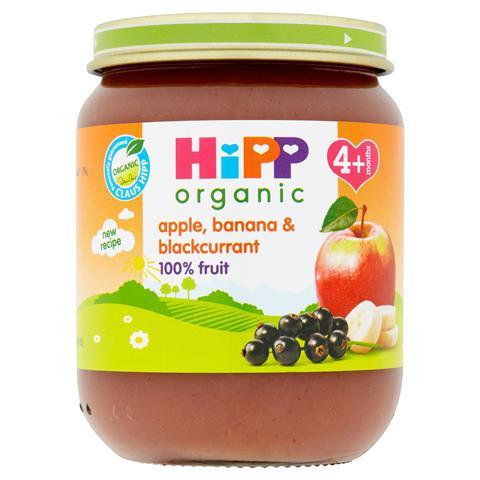 Why: In April, Hipp Organic unveiled a major overhaul for its babyfood, in a move that saw the addition of 19 recipes. Backed by a £2.5m investment, the revamped range began a rollout focusing on its new-look glass jar with a wider neck to allow easier spooning and create on-shelf standout - as Hipp attempted to claw back last year’s 2.7% fall in value sales for its babyfood portfolio [IRI 52 w/e 26 November 2016].

Consumer verdict: The product was tested in households with babies over six months. There was high engagement pre-tasting, with factors including the trusted brand name, pack design and organic claim. Most parents reported a positive reception. They praised the food for being “fruity” and “healthy”, and for having an “appealing” aroma and “smooth” texture. However, some testers criticised the “weird colour” and the product was “too sweet”. The jar received approval from most for being recyclable, though others described it as “too heavy”.