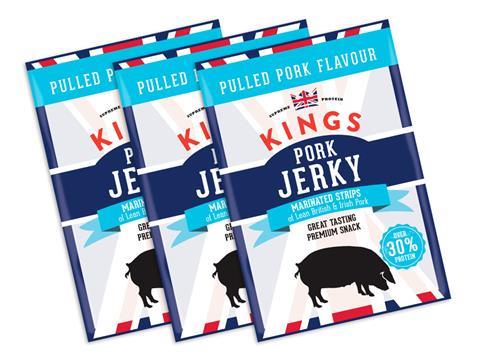 Why: With consumers increasingly looking for high-protein, low-carb food options, meat snacks are becoming increasingly big business. Total sales are up 7.6% to £193.5m on volumes up 9% [Nielsen 52 w/e 12 September 2015], and almost all the growth is coming from brands. Launching four months after The Jerky Group introduced what it said was the UK’s first pork jerky, this product is marinated in pulled pork seasoning, and contains 13.4g protein per 40g serving.

Consumer verdict: This niche product was seen as rather expensive by our consumer panellists and generated low levels of pre-trial interest. Some consumers, especially younger ones in the North, liked the ‘meaty’ flavour and a texture that was described as ‘not too chewy’. But for many it was a disappointment, and some described the product as tasting bland. It scored below average on key measures, with more than half our respondents saying it was ‘not for them’, and only 15% saying they saw this as a regular purchase.