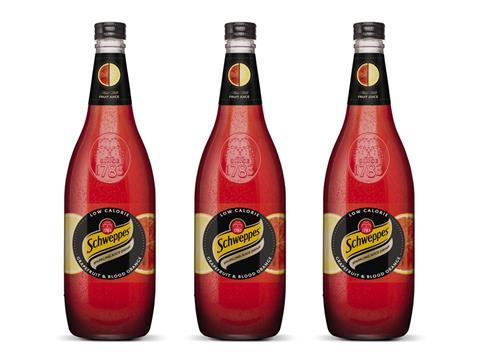 Why: The sugar and calorie content of fizzy drinks continues to be a major talking point, as brands face a new sugar tax in response to public health concerns about obesity. Suppliers are already responding by launching low-calorie products like this one from Coca-Cola - part of a Schweppes range combining two fruit juices with lightly sparkling water.

Consumer verdict: The product achieved a high innovation rating from our panel, which remarked on the “upmarket” glass bottle. The flavour was widely enjoyed, described as “sweet with a bitter twist” and a “subtle fizz” - though some consumers were critical of the “bitter”, “grassy” taste and said the product was “boring”. The price for a “good-sized” bottle was considered reasonable value, especially for a premium adult drink, which many said would be an ideal alternative to alcohol.