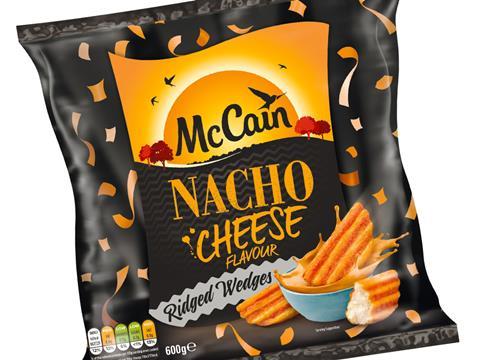 Why: McCain launched its two-strong range of ridge-cut potato wedges last autumn to tap evening sharing occasions usually centred on the likes of pizza and garlic bread. “Family friendly” Nacho Cheese and Smoky Paprika variants were intended to bring a point of difference to a frozen category in stasis: take-home value sales are unchanged at just over £5.7bn, while volume sales have inched up just 0.3% [Kantar Worldpanel 52 w/e 29 January 2017].

Consumer verdict: The easily recognised McCain brand helped generate a great deal of pre-trial interest among our shoppers - though some claimed the packaging looked “cheap”. The wedges proved polarising across regions. They were extremely well received in the north, where consumers praised the “fluffy interior” and “delicious” aroma. However, people in the south criticised the “artificial” taste and complained the product was “a little dry”. Nevertheless, many triallists said they would consider buying regularly.