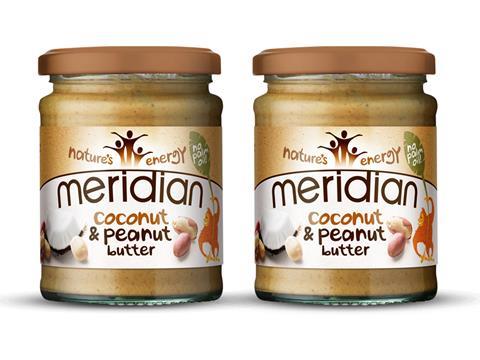 Why: This nut butter, launched alongside a coconut & almond variant, was introduced to meet the “increasing demand” for all things coconut that continues to sweep the nation. Described as an “indulgent yet healthy” combination of taste and texture, the spread is targeted at Meridian’s core younger audience, with a strong interest in health and fitness.

Consumer verdict: The earthy colours of the label design attracted some pre-trial interest, which was limited by the appearance of the spread through the jar. While 82% of testers agreed the product was “new and different”, only 37% felt it was better than similar products on the market. Some praised the “pleasant taste” and “smooth texture”, but many consumers on our panel described it as “very runny, gloopy, grainy and unappetising”, dragging the overall score down below the 38% category norm.