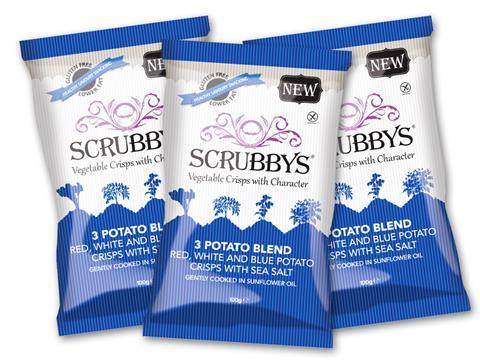 What: Vegetable Crisps with Character

Why: Savoury snacking is up by 3.5% in value sales, but that growth is driven by all segments apart from crisps, which fell in value by 1.3% [Kantar Worldpanel 52 w/e 3 January 2016]. Multipacks and free school lunches have had an impact on performance, while lighter alternatives such as popcorn flourish. Scrubbys has made a move to revive the crisps category by creating a three-potato blend, which it says has less fat than regular crisps.

Consumer verdict: The packaging stood out to our triallists, but the premium price and flavour did not match up to expectations. For many consumers, the crisps tasted “stale” with “not much crunch”. Two thirds claimed they would only buy the product even if it was on special offer, with only 8% saying they would recommend it. While more than 75% of people thought the product added something new to the category, it failed to deliver, scoring 13 points below the category norm.