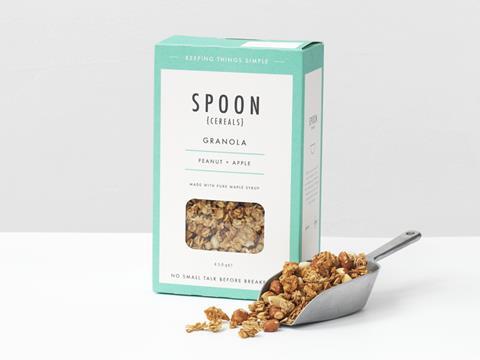 Why: Spoon Cereals began as a pop-up stand in London in 2013, and later secured investment on Dragons’ Den from Deborah Meaden and Peter Jones. The brand’s mission is to give “everyone a good reason to jump out of bed in the morning”, which might be a challenge. Only 29% of people eat cereal every morning, while two thirds believe breakfast brands use too much sugar in their products [Harris Interactive]. In a crowded category, Spoon has used pure maple syrup in its granola in an effort to stand out.

Consumer verdict: The relatively unknown brand and premium price meant our consumers were hesitant to begin with, though the granola’s recipe attracted positive attention. More than 70% of triallists said they would consider purchasing the product monthly, or at least occasionally. Some said the granola was “packed with apple and nuts”, but others called it “chewy” and “expensive”. The product rated more highly in the North and with 18 to 34-year-olds, who said it would make “an ideal yoghurt topping”.