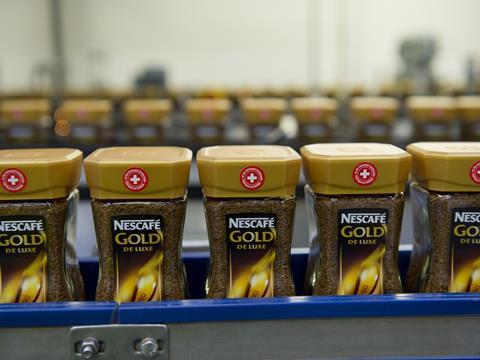 Nestlé UK has transformed its Tutbury factory into a ‘Coffee Centre of Excellence’ following a £325m investment over the past few years.

Sajid Javid, business secretary, opened the “new and improved” plant this week. It houses all forms of coffee production, including freeze-dried, spray-dried and pod technology.

The site produced more than 1.8 billion Nescafé Dolce Gusto coffee capsules last year, most of which were exported to markets such as Brazil, France, Italy and the US.

It was originally built in 1901 to produce condensed milk and it under went its first transformation in 1959 when it started to make Nescafé soluble coffee.

Nestlé now describes the factory as a “state-of-the-art” manufacturing facility, producing a complex product using leading technology.”“We are taking the UK’s productivity challenge incredibly seriously and this investment has made Tutbury one of our best examples of that,” said chairman and CEO of Nestlé UK & Ireland Dame Fiona Kendrick. “We have made processes more efficient, given our employees new skills and equipped them with state-of-the-art machinery with which to do their job.” Javid said the plant would create 425 new jobs “powering our national economy and supporting the local community.

“The Midlands Engine is home to a diverse range of exciting businesses and its continued success is creating jobs for all, from apprentices to highly skilled manufacturers. Today’s announcement is another example of why the economy here has been outperforming the rest of the country since 2010,” he said.