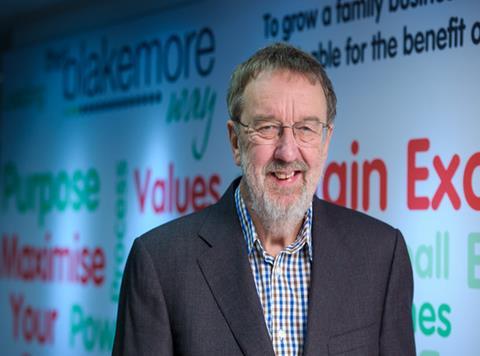 AF Blakemore had boosted sales and profits despite ‘significant levels of price deflation’.

The Spar wholesaler, which celebrates its centenary this year, reported a 2.4% sales increase to £1.31bn for the year ending 30 April 2016.

The wholesaler described the results as “pleasing” and cited cost control as a major consideration during the year. The group said it continued to re-invest all post-tax profits back into the business.

“The result has been achieved against a background of difficult trading conditions in the food retail and wholesale markets together with significant levels of price deflation,” said AF Blakemore chairman Peter Blakemore.

“AF Blakemore has set out a vision for 2020 to solidify its position as a multi-market national food operator with a fantastic reputation for service among trade partners and consumers. Collaboration is now required across the AF Blakemore group for the business to achieve its goals. More than ever we need to use the expertise from across our divisions to benefit the whole company, capitalising on economies of scale and the sharing of best practice.”

Blakemore also thanked his late mother, who passed away in September last year.

“My mother was chairman of the group from 1986 to 2014 and made an important contribution to the success of the business.”