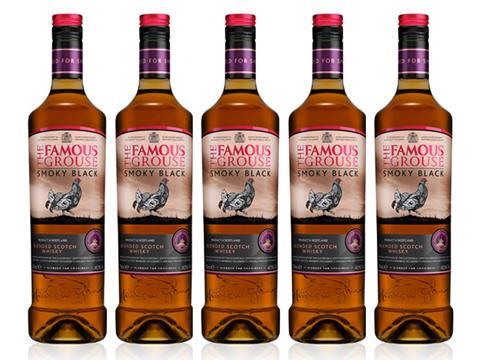 Premium whisky distributer Maxxium UK has reported a 56% jump in pre-tax profit largely due to the sale of a subsidiary business as its overall sales dipped in “challenging” conditions.

Pre-tax profits were up from £4.8m to £7.5m in the year to 31 March 2016, largely driven by the sale of Maxxium Travel Retail at the start of the financial year to former joint venture partner Edrington, which netted a profit contribution of £2.4m.

During the year Maxxium also closed its defined benefit pension scheme, which resulted in a curtailment gain of £1.2m in the 2015/16 accounts.

These exceptional gains boosted earnings in what was otherwise a tough year for the firm, which distributes brands including Famous Grouse and Teacher’s.

Maxxium said in the accounts the underlying business was performing in-line with expectations and the directors are satisfied with the performance during the year.

The company blamed the revenue dip on “challenging competitive conditions across most key categories”, albeit it said these were partially offset by its new product introductions during the year.

The average number of employees during the year fell from 222 to 197 due to the sale of its travel retail business, now re-christened Edrington European Travel Retail.