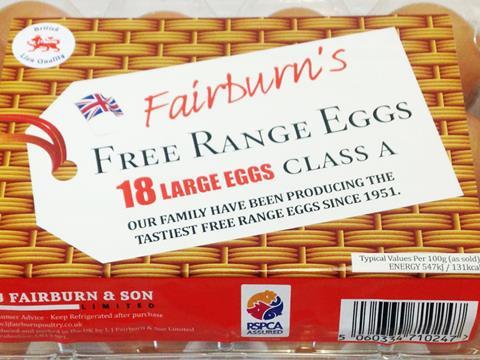 “Strong growth” through a combination of new accounts with national retailers and growth within its existing client base helped egg supplier LJ Fairburn further grow sales during its most recent financial year.

The Lincolshire-based supplier, which went solo after leaving Noble Foods in 2012, saw turnover grow from £60.1m to £66m during the 12 months to 30 September 2016, according to accounts filed with Companies House.

It follows a near £16m jump in revenues during the previous financial year.

Operating profit fell slightly, from £2.4m to £2.1m. However, the company continued to invest heavily in infrastructure, ploughing more than £2.8m in a new production line at its feed mill and a tray washing system, which helped Fairburn “build a long-term sustainable business”.

It comes as sales of eggs continue to boom, with recent data by the British Egg Industry Council for the year to 18 June revealing sales jumped by almost 5% over the year (or 300 million eggs) to hit their highest levels since records began.