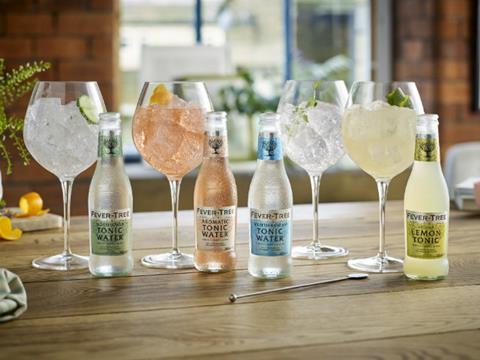 Shares in Fever-Tree (FEVR) soared by almost 14% today as the premium mixer brand lifted its profit expectation for 2017 thanks to a continued “exceptional” performance in the UK.

The City darling, which floated at just 134p a share in November 2014, outlined the further strong growth in the second half of the year in a short trading update to the London Stock Exchange this morning.

Fever-Tree said its exceptional performance in the UK, the group’s largest market, had been particularly impressive, with the rate of sales growth and momentum strong across on and off trade. It added that the mixer category was now the fastest-growing category across the UK soft drinks sector, with Fever-Tree responsible for 97% of the value growth over the past 12 months.

“Given the strong performance in the period to date, the board anticipates that the results for the full year ending 31 December 2017 will be materially ahead of current market expectations,” the statement concluded.

Back in July, Fever-Tree revealed profits in the first half had doubled as sales jumped 77% to £72m in the six months to 30 June.

The group said at the time that full-year profits would be better than previous forecasts.