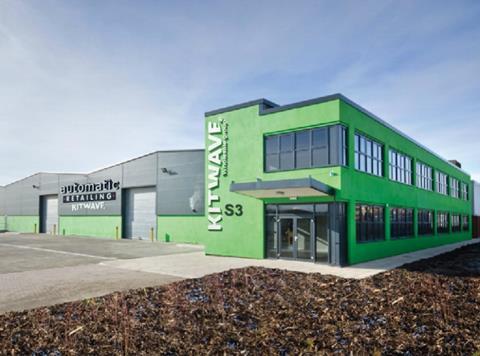 Kitwave has 14 depots across the country

Kitwave Wholesale Group has announced record financial results after a year during which it completed a refinancing deal to enable it to carry on buying delivered wholesalers.

The business, which services the independent retail, wholesale, national retail, vending and foodservice markets from 14 depots, has seen EBITDA increase nearly 100% over the past four years and revenue by more than 50%.

Kitwave said it completed a refinancing deal during the year, which saw it raise funds from US investors Pricoa Capital Group and Allstate Investments, which, along with long-term funding form Barclays and Yorkshire Bank, enabled it to continue the pursuit of its acquisition strategy.

The business, which became a member of Today’s Group in January, acquired west London-based wholesaler Phoenix Frozen Foods and drinks supplier HB Clark during the year.

“It’s been a fantastically positive year for the group following the successful refinancing of the business,” said Kitwave CFO David Brind.

“It continued to deliver growth in revenue, margin and profitability while ensuring strong cash generation was maintained and this trend is expected to continue in the foreseeable future.

“It is fundamental to our strategy that we maintain a flexible platform from which to operate, and that includes our financial structure that is always kept at longer-term serviceable levels.”

Brind said he expected to see the full benefits of the recent acquisitions in the 2018 results.

The business had invested heavily in infrastructure, IT and senior management, he added. “This new investment will allow us to develop further in some key focused areas and we are excited about delivering on our ambitious expansion targets for the future.”