Princes profits up despite flat sales 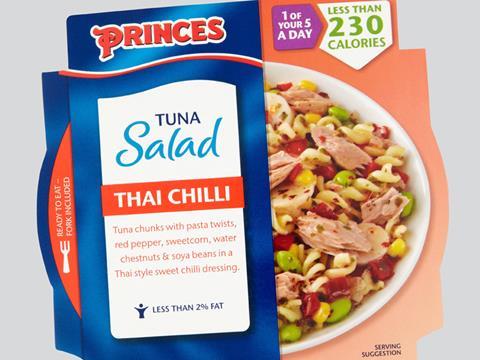 Princes has shrugged off declining canned fish sales to post a 14% rise in annual pre-tax profits after growing its international revenues.

Last month’s Grocer Top Products report found that Princes’ canned fish sales fell 9.1% in the year to 8 November in the UK last year. The company has focused efforts on added-value products aimed at younger, affluent consumers to counter the sluggishness of the canned fish market. Canned fruit sales were up 22.3%, also partly thanks to continued NPD.

During its 2013/14 trading year, Princes increased its shareholding in Napolina from 76% to 100% during the period and subsumed subsidiary Well Well Well into the company.