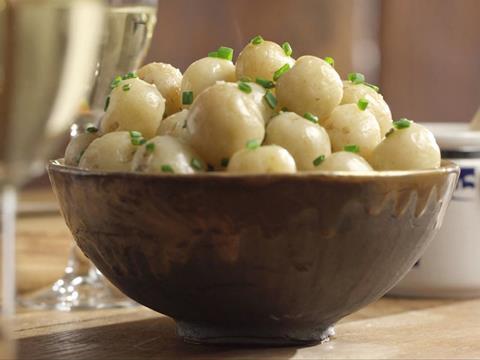 West Wales potato supplier Puffin Produce has shrugged off the sector’s current challenges to deliver strong results for the year to 30 June 2015.

The owner of the Blas y Tir (Taste of the Land) brand - which sells a range of spuds and seasonal veg including its PGI-accredited Pembrokeshire Earlies in the mults across Wales and with Ocado - saw sales and pre-tax profits grow on the back of improved business with both its retail and wholesale customers.

Despite a slump in consumption, supermarket price pressure and oversupply in the potato category, which have hit the profits of other potato suppliers, the Haverfordwest-based grower saw turnover increase from £14.6m to £15.8m according to its latest accounts. Pre-tax profits grew from £1.2m to £1.3m.

Directors said the company had continued to “diversify and extend its retail and wholesale customer base” during the financial year. This, combined with the return on the “significant capital investment” the company had made in recent years - including a £2.5m 35,000 sq ft cold store opened in 2014 - had resulted in a “consistent performance for the year”, they said.

The Blas y Tir brand was launched in 2011 and broke through the 10 million unit sales barrier in 2014. It sources its produce from 19 farms across Pembrokeshire and the Wye Valley, and picked up new listings in Welsh Waitrose stores in January for its cauliflower and Savoy cabbages, and for two potato lines last month [Brand View].