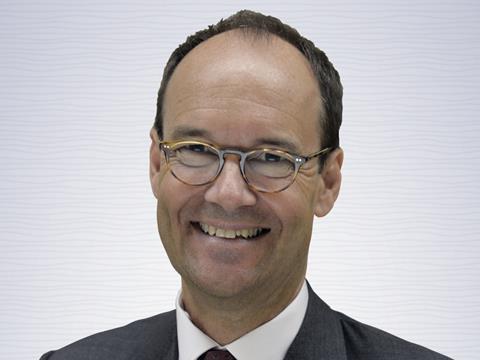 Sainsbury’s boss Mike Coupe has remained upbeat over the performance of its food division despite flatlining sales.

Coupe said he was “pleased” food sales at the supermarket had risen 2.3% for the 28 weeks to 23 September, as announced in Sainsbury’s interim results today.

But he admitted volumes were “broadly flat” taking into account food inflation, currently pegged at the 2% mark.

The CEO insisted it had nonetheless been a successful half year. “We’ve got record customer numbers, which we’re really pleased about, and we have quite significant areas of growth in convenience and online,” he said.

Sainsbury’s results: what the analysts say

Convenience and online sales were up 8.2% and 7.2% respectively, which Coupe said “reflects how shopper habits are changing”.

Coupe also pointed out Sainsbury’s had revamped 70 of its food ranges, which were delivering both volume and value growth.

He added that Sainsbury’s had done “a pretty good job” at protecting customers from the impact of inflation. And he denied this had caused tensions with suppliers.

“We have a very constructive dialogue and excellent relationship with our suppliers, but they would recognise there are pressures in our supply chain and we have to do everything we can to mitigate pressures on our customers,” he said.