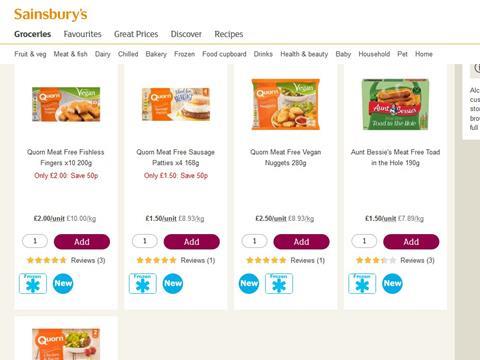 The supermarket advertised the addition of five new meat alternatives from Quorn and Aunt Bessie’s on its website this week.

Quorn represented four of the lines - fishless fingers, chicken and bacon lattice, sausage patties and vegan nuggets - while Aunt Bessie’s gained a listing for its toad in the hole. Rsps range from £1.50 to £2.50.

Last month, the retailer announced it would trial new-format stores that encourage customers to buy more vegetables and less meat, as part of a research project with Oxford University.