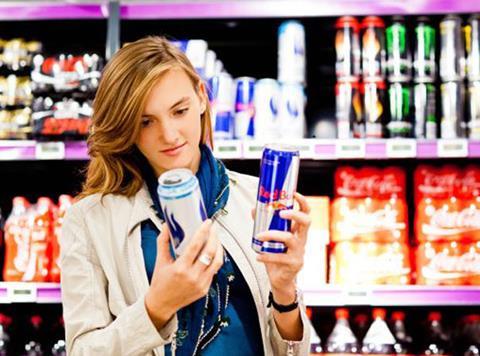 Energy drinks are the soft drinks category consumers worry about the most as far as sugar intake and health are concerned, an exclusive poll for The Grocer has revealed.

Nearly half of consumers (47%) said they were in favour of a tax on sugary caffeine energy drinks; 39% supported a tax on carbonates and 38% said sports drinks should be taxed.

Despite recent high-profile attacks on the sugar content in fruit juice, there was markedly less support for government intervention on juice, with just 11% of consumers supporting a juice tax.

The poll also found strong support for a ban on the sale of energy drinks to under-16s. A total of 55% of consumers supported the idea, and 64% of parents were in favour; just 24% said sales to children should not be banned.

Action on Sugar welcomed the findings, adding that “energy drinks have no part in children’s diets”.

Overall, 45% of shoppers in the Harris poll said they agreed with the idea of some form of tax on sugary drinks.

Gavin Partington, director general of the British Soft Drinks Association, warned the targeting of soft drinks in the sugar debate was worrying. “The wider food and drink industry should be concerned to see a particular product singled out this way. There’s no evidence a tax on soft drinks impacts levels of obesity.”