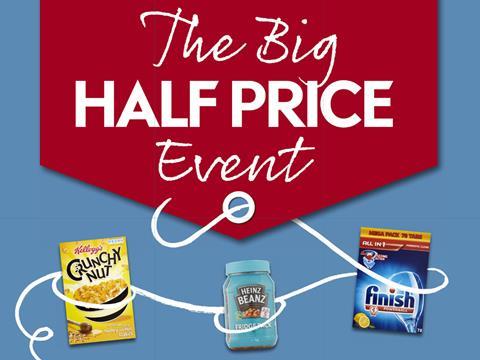 Waitrose has denied misleading customers after research by The Grocer found the products in its ‘half price’ January sale were actually only 37.4% cheaper last month compared to the average price over the previous year.

Tracking the price of 587 lines that were part of the January sale using BrandView.com data, the average price per item was £1.80 on 1 January. The average price of the same items on 1 December was £3.13 representing a reduction of 42.5% month on month. The December price was also as high as any other time in 2014, with the same price being recorded on 1 January and 1 April.

Waitrose said the event was fully compliant with the rules governing such promotions. “Our half price event, featuring hundreds of products throughout January, was very popular with customers. Our promotions represent excellent value and were a 50% reduction on the products’ previous selling price,” said a Waitrose spokesman.

“Our offers comply with all legislation, are never inflated to increase the stated full price and in these instances the full price has been established over an average of four months.”