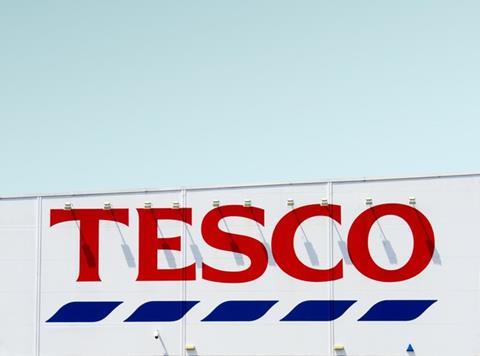 Tesco employees under pressure to hit ‘unachievable’ financial targets racked up £250m of misstated commercial income from suppliers, according to controversial court documents revealed this week.

The Deferred Prosecution Agreement, agreed between Tesco and the Serious Fraud Office (SFO) in April 2017, and overseen by judge Sir Brian Leveson, paints a picture of a buying operation in meltdown as it sought to meet impossible budgets.

The DPA and a supporting 23-page ‘Statement of Facts’ was released after the SFO announced it had dropped all charges against former Tesco finance director Carl Rogberg, and weeks after a judge threw out the case against two other former executives, ex-COO Chris Bush and former UK commercial director John Scouler.

The DPA saw Tesco agree to pay a £129m fine and £3m costs, but only now have details of the version of events agreed by Tesco and the SFO - but hotly disputed by the three cleared men - been published, alongside details of how Tesco agreed to a five-year programme of change in order to avoid going to court.

The documents lift the lid on the desperation at the supermarket to hit its financial targets, having recorded its first fall in profits for almost 20 years in April 2013.

It states that budgets communicated to Tesco Stores Ltd’s (TSL) commercial and financial teams at the time where ‘widely regarded as unachievable’.

But it adds: ’Tesco expected its employees to meet financial targets that were set. This gave rise to a culture in which TSL employees were under great pressure to deliver in line with the budget.

‘In the period between 1 February 2014 and 18 September 2014 and whilst under pressure to meet these targets TSL’s employees misstated commercial income to the extent that by 23 August 2014 TSL wrongly recognised £257m of commercial income, a figure made up of both legacy from earlier financial years and pulling forward of income from future accounting periods.’

The Statement of Facts says the behaviour at Tesco spiralled out of control despite a warning from former CFO Laurie Mcllwee, who two years before resigning from his role issued an ‘explicit reminder’ to staff to comply with Tesco’s internal accounting rules following the discovery of the inaccurate recording of commercial income by a non-UK subsidiary of Tesco.

Nevertheless, a culture came into play at Tesco that encouraged illegal practices to meet accounting targets, according to the statement, including the practice of ‘pulling forward’ income from subsequent reporting periods to manipulate its budget.

It resulted in Tesco on 29 August 2014 issuing a trading statement in which its profits were overstated by £250m, which was not corrected until 22 September that year.

The document says the overstatement ‘predominantly arose as a result of the dishonest falsification by TSL of its results for H1 2014/15’.

The Statement of Facts claims the members of Tesco’s senior leadership team who were aware of and ‘dishonestly perpetuated the misstatement’ were Rogberg, Bush and Scouler.

The documents say Rogberg, who was on £400,000 a year plus bonuses when he was dismissed, knowingly signed off on false numbers in Tesco’s accounting systems for every period in H1 2014/15 and that he was ‘personally responsible for the truth and accuracy of the data submitted to Tesco’ bosses’.

They say at no point did Rogberg, who sat on Tesco’s finance committee, report any concerns about the manner in which commercial income was being recognised.

Read more: Cleared Tesco executives ‘were fed to the wolves’

The documents also include lengthy statements about the behaviour of Bush, who received £2.9m in pay and benefits for the year ending 4 July 2014, and Scouler, who earned £1.4m in the same period.

It adds: ’All the commercial teams within TSL were under pressure to meet targets or deliver more to cover shortfalls in other areas. The result was that the accounting and finance functions were also placed under pressure to help to deliver on the budgets including through illegitimate methods that ended up undermining their independence and true function to record and report accurately on the performance of the business.

‘At various points during H1 Carl Rogberg, Chris Bush and John Scouler were informed that the UK business was under-performing and could not meet its targets, that the challenge included filling the hole from previous years’ pull forward and that pull forward was necessary to meet targets.’

The documents include details of an email sent to Scouler by Bush on 19 June 2014 about Tesco’s H1 performance.

‘He informed Chris Bush that reducing the miss (presumably for the UK business Commercial Food division) from £71m to £35-£40m involved a ’number of very difficult actions we have put in place outside of price to get us to this figure. I have shared this with Carl’.

‘Chris Bush responded by email on the 21 June 2014 that the gap had to be closed to zero and suggested John Scouler meet with the ‘finance team … to go through options yet again’.’

But the documents concede that the practices were more widely known among Tesco staff than the three men who ended up in the dock.

It states: ‘Certain employees at various levels of seniority in TSL’s finance and commercial teams’ were aware of the pulling forward practices, but acted under the direction of the accused men, until eventually the situation was reported by a whistleblower, referred to in the document as Employee A. This man was Tesco senior accountant Amit Soni, who gave evidence at both subsequent trials.

The document also details how newly arrived Tesco CEO Dave Lewis, who was also produced as a witness, suspended the three men after the whistleblower’s intervention and ordered an independent investigation by accountant Deloitte.

Bush, Rogberg and Scouler were dismissed for gross misconduct in November 2014.

The documents go on to describe Tesco’s behaviour in the later criminal investigation as ‘exemplary’.

This included providing access to email accounts and over 1,600 evidence bags of hard copy materials to help its subsequent criminal investigation.

The DPA and the Statement of Facts also reveals the agreements Tesco made to shake up its accounting procedures with an audit by Deloitte in 2016 having identified them as ‘key risk’.

Tesco has agreed to make improvements recommended by Deloitte in a two-stage programme that must be competed at the latest by April 2020, with the SFO retaining the power to hold Tesco in breach of the DPA if it fails to meet its demands.

“The DPA clearly outlines the extent of this criminal conduct for which the company has accepted full responsibility.”

A spokesman for Tesco said: “In September 2014 Tesco announced an overstatement of expected profit at Tesco Stores Ltd, which was independently investigated and verified by Deloitte. Following an investigation which lasted over two years and concluded in April 2017, Tesco entered into a DPA with the SFO. This DPA was also separately approved by a senior High Court judge, LJ Leveson, as being in the interests of justice.

“Since 2014, we have fundamentally transformed our business, and Tesco today is a very different company.

“We have introduced a new model for the way we buy and sell products; we have made wide-ranging changes to our leadership; we have improved accountability, and we have developed stronger partnerships with our suppliers. Our business is stronger as a result of these changes.”