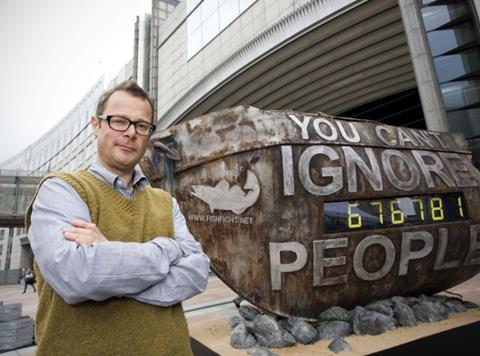 Tesco has defended its policy on tuna sourcing after being accused by nemesis Hugh Fearnley-Whittingstall of failing to follow the spirit of its previous commitments.

The chef is back with a new TV series: Fish Fight: Hugh’s Last Stand.In it, he congratulates Tesco for converting its Everyday Value tuna chunks to pole and line, which it promised to do following the first series of Fish Fight in 2011.

However, he reprimands the retailer for simultaneously bringing in tertiary tuna brand Oriental & Pacific, which contains tuna that “may be caught with FADS (Fish Aggregation Devices)”, according to manufacturer LDH.

The use of FADs can result in inadvertent mortality of species such as sharks. “It’s just so tragic isn’t it?” he asks, urging shoppers: “If you’re a Tesco customer and you think this is as cynical as we do, tell them.”

Tesco told the show: “We give our customers a choice of products to suit a range of budgets.”