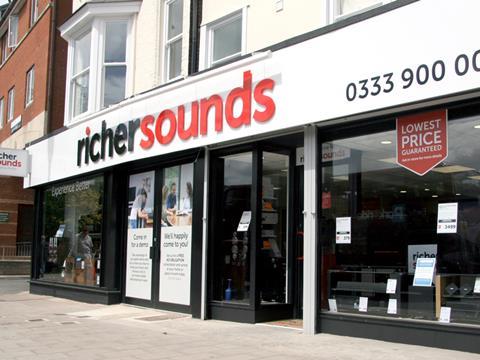 He began advising the retailer in March to help boost its employee engagement levels and assist CEO Steve Rowe with streamlining M&S’s culture following the latter’s admission it had become “too corporate”.

Richer, who founded Richer Sounds at the age of 19, is also supporting chairman Archie Norman with the retailer’s major restructuring plans. He previously worked with Norman during the ­turnaround of Asda in the 1990s.

Reports said empowering staff could be at the forefront of Richer’s plans for M&S, with a staff suggestion scheme to help generate fresh ideas among his ­proposals. Richer has introduced various perks for his own staff through the years, including complimentary holidays, access to holiday homes and car rentals.

“M&S has had a tough time. Everyone’s having a tough time in retail at the moment, but they get it,” Richer said.

In addition, Richard Solomons, an M&S non-executive director, will step down from its board following the retailer’s AGM on 10 July 2018. Solomons said “the time is right” for him to move on given the business is in “excellent hands” and its CEO and chairman succession period has completed and senior management changes have been made.

Norman added: “I am hugely grateful to Richard for both his personal support and for the experience and wisdom he brought to the Board. He provided invaluable help during a difficult period and we wish him well in his next endeavours.”