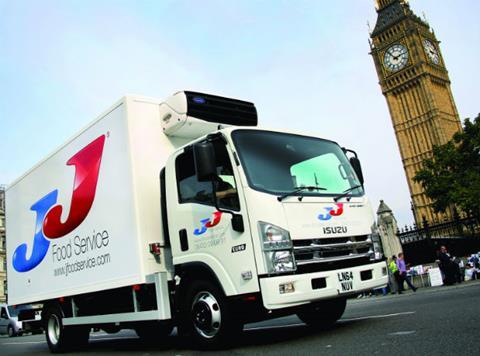 JJ Food Service is asking customers to rate its 11 UK branches to give people “the confidence to shop with us”.

The ‘Did We Deliver’ campaign asks customers to give its sites a rating out of five stars using Google.

Nominations must be placed through the site’s Google My Business listing by 5 January, with the winning branch being awarded £1,000.

“People are our greatest asset, which is why we continuously recognise and reward great service. Our new campaign is about team work,” said JJ group general manager Terry Larkin.

“People rely on reviews when deciding where to shop. By encouraging caterers and food outlets to share their positive experiences, we are giving new customers the confidence to shop with us.”

The 12-week initiative attracted more than 360 five-star ratings for employees ranging from drivers and sales managers to counter staff and telesales.

Winners Toni Blockhouse and Karolina Kasperczak, both from JJ’s Basingstoke site, received 52% of all votes between them and were awarded £250 each.