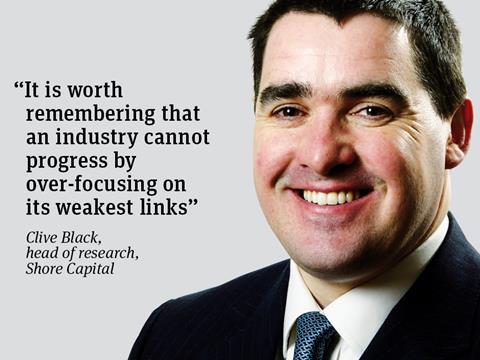 Dairy farmers in Britain are feeling the heat of weak global markets. I have a lot of sympathy for these custodians of our countryside, whose place of work is also their place of living: some have a lot to lose if pressures remain persistent. In tandem with European counterparties, UK dairy farmers have started to take direct action.

The protests have raised the profile of the farmers’ plight to the wider world. While there should be considerable sympathy, the protests bring greater scrutiny that may not be comfortable for all of the farming community. Perhaps most obvious is the scope to turn off folk that have to go elsewhere for their milk. More broadly, we can envisage some shoppers enquiring of the farmers’ interest in their plight when food prices were robustly rising and dairy farmers were coining it. Sympathy works two ways.

And are the supermarkets the root cause of dairy farmers’ problems, given that they tend to pay, as a collective, the highest price for farmgate milk? More to the point, are superstores the prime villains? The fall in dairy commodity prices is only moderately about the price of a pint of milk in a UK superstore. Rising global supply, set against weaker than anticipated markets, particularly in Asia, have been the more important forces. Supermarkets would be criticised if, in the face of falling commodity prices, they did not pass on some or all of the reductions. Noting that while stores arguably enjoyed super-normal milk profits in times gone by, much of the recent discounting has been self-funded. And it is the discount channel that has taken milk prices to new lows.

World dairy commodity markets are volatile and can bounce quickly but it looks like the current weakness could persist. In the meantime, dairy farmers will, like many other industries (such as horticulture, pigs and poultry) when there is over-supply, have to tough it out, looking at enduring production efficiencies, superior marketing structures and innovation. Farmers’ leaders should, of course, be talking to the EU, processors and superstores about these points too, but an industry cannot progress by over-focusing on its weakest links. A more balanced, considered analysis may be necessary for farmers to gain sustainable sympathy.