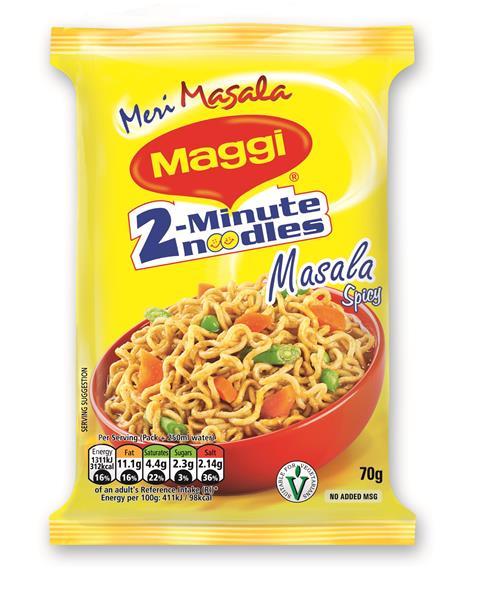 Nestlé (NESN) has reported disappointing third quarter figures as the withdrawal of its Maggi noodles in India and a slower-than-expected recovery in China bit. Organic sales growth of 3.7% was well below analyst consensus of 5.1% for the period and reported sales growth was down -5.3% thanks to currency movements.

Sales for the first nine months of the year so far totalled CHF 64.9bn (£44bn) at the Swiss food giant, which represented 4.2% organic growth, 2% real internal growth but a 6.7% decline as a result of FX movements, Nestlé said.

CEO Paul Bulcke added: “After a good performance in the first half of the year we were impacted in the third quarter by exceptional events, with Maggi noodles in India and a rebate adjustment in Nestlé Skin Health.

“Yet our real internal growth increased, reflecting broad-based positive momentum across our business and many of our markets. There was continued solid performance in Europe, Nestlé Waters and Nestlé Health Science. We made good progress in much of Latin America and delivered a significant improvement in North America, especially in frozen food, contrasting with slower sales recovery in China.”

As a result of organic growth falling short of expectations, the group reduced its forecasts for the full year from 5% to 4.5%.

French supermarket giant Carrefour (CA) hit expectations for its third quarter with total sales of €21.5bn (£15.8bn), up 2.2% compared to the same period in 2014. Spanish like-for-like figures grew 4.6%, well ahead of analyst forecasts of 3.5%, and Italy also turned its fortunes around with LFL sales increasing from -5% in Q2 to 5.9%. French sales were in line with expectations at €10.3bn thanks to growth in all its formats.

Russian retail chain Lenta grew sales by almost 30% to Rub 62.8bn (£660m) in the third quarter ended 30 September, with like-for-like growth of 8.5% compared to a year ago, as it opened six more hypermarkets.

The increasing popularity of Pick Your Own Offers and a half-price promotion at Waitrose helped improves weekly sales by 2.7% to £123.9m, compared to the same period a year ago. The supermarket said in its weekly update for the seven days to 10 October that the Pick Your Own scheme now had 850,000 myWaitrose customers signed up. Over the past 10 weeks Waitrose sales are up 1.1% up in gross terms, which puts the figures about 1% down on a like-for-like basis.