‘Supermarket x’ and the ethics of food risk disclosure 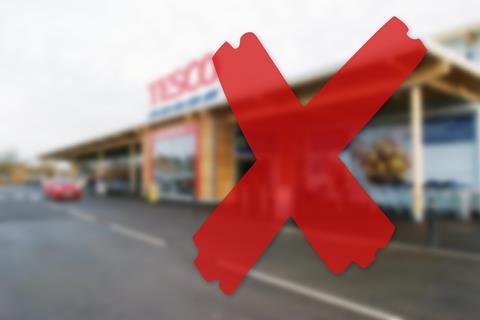 Bombshell alert! I hope you’re sitting down. Tesco is ‘supermarket x’. Who knew?

Well, everyone, pretty much. The original Sunday Times article that kicked off the whole hepatitis-in-bangers drama named Tesco, and so did numerous other media outlets in their own subsequent coverage.

But that didn’t stop Public Health England from sticking its fingers in its ears and loudly singing ‘la la la’ for the best part of a week. It didn’t want to name ‘supermarket x’ because the findings of its hepatitis E study do ‘not infer blame on the supermarket’.

Oh okay. Fair enough. I see the strategy here. So instead of some uncomfortable articles about a possible link between hep E infections and retail pork products, we’re going for a week of near-hysterical coverage shouting SILENCE ON BANGER VIRUS and insinuating an agency tasked with protecting public health is REFUSING to drop a big supermarket in it. What must these brutes at Tesco be doing to poor PHE to force it into silence? Round of applause, everyone.

Anyway, the kitty is now firmly out of the bag, so it’s time to reflect on some lessons from the whole saga. After all, hepatitis E is far from the only food scandal in town right now. And, in PHE’s defence, this is really tricky territory. Risk communication is notoriously hard, and informing the public about risks related to food can be especially thorny. Food regulators and agencies across the globe struggle with it.

Doug Powell, a former professor of food safety who runs the wonderfully named BarfBlog (yes, it’s about people getting sick from dodgy food), has an entire section on his website called ‘Going public’. In it, he chronicles example after example of public disclosure foul-ups from food regulators around the world: vague press releases rushed out after hours; vital information made available too late for the sake of double, triple and quadruple checking; and bare facts and stats dumped on the public without context to help them make sense of risk.

Powell is also the co-author of a fascinating article published in the Journal of Environmental Health earlier this year, which examines how regulators approach public comms during food scares. It concludes there is widespread confusion – and hugely varying standards – largely because there is little concrete guidance on food risk disclosure. Too many decisions are made ad hoc; what little guidance there is is couched in flabby, unhelpful language like ‘timely release of information’, without defining what ‘timely’ means.

So does that mean PHE should have named Tesco right from the start? Not necessarily. Its study did not establish that Tesco products were the direct cause of hepatitis infections; it was a statistical analysis only. There are valid concerns about the potential for premature information to mislead consumers and do significant harm (though it’s worth pointing out Powell’s report found no evidence to support a paternalistic approach where members of the public are protected from ‘too much’ information). ‘Naming and shaming’ of individual companies could potentially distract consumers from other, more important information about how they can protect themselves. Might a shopper who doesn’t buy ham and sausages at Tesco, for example, tune out and not pay attention to cooking advice to minimise the risk of hepatitis E infections?

It’s a fair question. So by all means don’t name names in your scientific paper. But accept that a paper like it will very likely get media pick-up – and once it’s out in the public domain, the game is up. You have to come clean. “To support consumer decision making, available information must support what consumers want and need to know, which might or might not be what information authorities want to relay,” Powell writes in his JEH article. And in this case, consumers wanted to know who ‘supermarket x’ was.

“While PHE may have reasons for not going public – whether legislative or bureaucratic – whoever is involved will eventually be found out,” Powell added when I caught up with him about the case this week. “Trust is earned, not given, and consumers have a right to know – especially if it’s a public health issue like hepatitis E in pork.”

It’s not all down to the regulators, though. Industry, too, has a part to play in this. If there’s any risk to public health, information disclosure must be led by the relevant agencies, says Chris Elliott of the Institute for Global Food Security. But when there is no (or a very remote chance) of a food safety problem, “then I think supermarket x should take the lead in the comms,” he adds. “But this should be agreed with the regulator, so no contradiction or confusion should result.”

So yes, it can be a poisoned chalice. But regulators can’t dodge it – and they have to start dealing with it more assuredly than they often do at the moment.