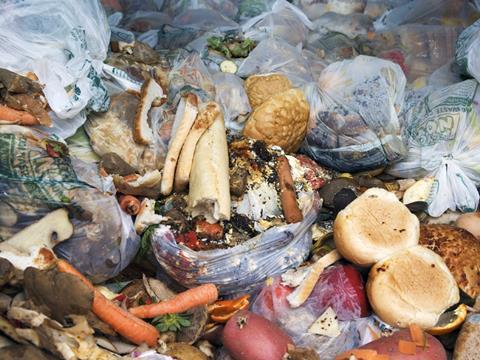 A major new report has urged companies to follow the lead of Tesco and Sainsbury’s in publishing transparent food waste figures.

The report, written by Wrap and the World Resources Institute, today warned failure to publish data is making it “impossible” to measure success in tackling the world’s food waste mountain as well as “making progress difficult to track independently”.

The recommendation gives major new momentum to The Grocer’s Waste Not Want Not campaign, which since its launch in May last year has called on retailers to follow Tesco’s lead in publishing individual food waste figures.

Tesco began the practice in 2013 and last year revealed that, of the 10 million tonnes of food sold at its stores each year, 0.6% goes to waste. This equates to 60,000 tonnes of food, around half of which was fit for human consumption.

Sainsbury’s published data on its UK food waste generation for the first time in September last year that showed its annual food waste amounted to more than 35,000 tonnes, nearly a 10% reduction on the previous year.

“Company-level data is valuable for identifying hot spots of food loss and waste, as well as root causes,” says the report, which also calls for governments across the world to step up their reporting of food waste.

Despite the UK’s patchy transparency, Wrap director Richard Swannell said many other countries were even further behind in measuring success in tackling food waste because data simply did not exist.

“Measurement is absolutely critical if we are to tackle food waste,” said Swannell. “We are seeing companies and government responding to the fight against food waste but it’s absolutely essential to have the data that enables us to know where to focus.”

The report set out to measure how far companies and governments have come towards meeting UN Target 12.3 of the Sustainable Development Goals to halve food loss and waste by 2030.

It came as Champions 12.3, the coalition of businesses, government and researchers chaired by Tesco boss Dave Lewis, met to discuss progress at the Rockefeller Foundation in New York today during Climate Week and the 72nd United Nations General Assembly, two years since the launch of 12.3.

The report concludes: “Although perfect data is not required to start addressing food loss and waste, without adequate measurement it is impossible to determine whether actions are successful in achieving reduction of food loss and waste.

“Ultimately, without establishing base year food loss and waste levels and conducting periodic subsequent measurement, it will be impossible to determine whether the planet is achieving SDG Target 12.3.”