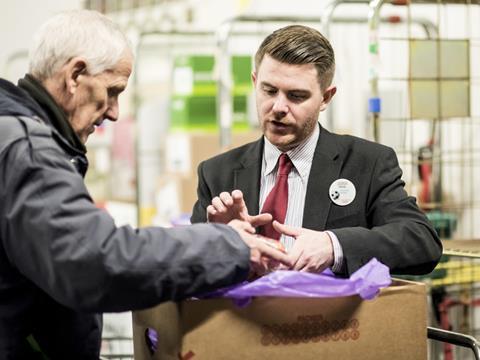 Tesco has achieved a 2% reduction of waste in fresh produce, as its redistribution strategy Community Food Connection begins to bear fruit.

However, overall food waste has still increased by 4% to 59,400 tonnes in the past year, equivalent to 1% of the food products sold over the same period, it admitted.

Despite the rise, Tesco said it was making progress in key areas and that its tie-up with FareShare FoodCloud, currently running at 250 stores and to be extended to all stores by the end of 2017, was expected to make a huge difference to the figure in the coming months.

The bulk of the increase in BWS was a one-off due to clearance of stock discontinued by its Project Reset range rationalisation, it added.

“We believe no food that could be eaten should be wasted and as part of our commitment to reducing food waste from farm to fork we recently launched our Community Food Connection programme, which will mean that by the end of 2017 all our stores will donate their surplus food to charity,” said a Tesco spokesman. “The programme is currently running in over 250 stores across the country, and the equivalent of more than 380,000 meals has been donated so far.”

Tesco’s figures come as a landmark report from Wrap on the extent of food waste across the supply chain identified store waste as the area with by far the biggest scope in retail for redistribution.

“Redistribution from back of store faces extra challenges due to the intermittent nature of surpluses arising across a large number of sites, often involving products with limited remaining shelf-life and the need to match the amounts and types of surplus arising with the needs and capabilities of recipients in the local area,” says the report.