Dunbia to close Felinfach factory as lease is terminated 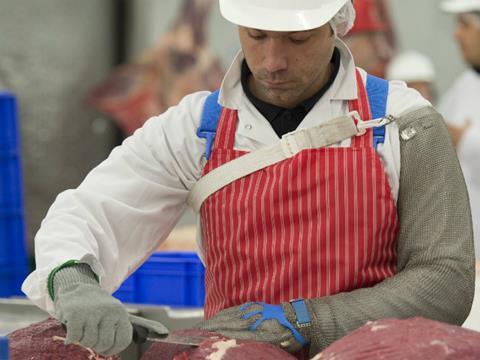 Dunbia will close its Felinfach factory in west Wales next month with the loss of 34 jobs after its landlord terminated the lease at the facility.

The meat processor said yesterday it had completed a consultation process with the Carmarthenshire plant’s 141 staff, with 107 agreeing to be transferred to the company’s other Welsh plants. The 34 staff who were unwilling to relocate will be made redundant.

Dunbia, which merged with the UK arm of Dawn Meats last year, said production would relocate to its Cross Hands factory, ensuring its work remained in Wales.

“We currently employ over 1,100 staff in Wales between our three facilities, and despite the closure of Felinfach we expect that this number will be higher in 12 months’ time as we continue to invest in growing the business,” said Dunbia HR director Helen Rees.

“Dunbia has a long-standing and proud history as a major employer in Wales, and supporter of Welsh farming, which it plans to continue,” she added. “The closure at Felinfach is due to circumstances beyond our control, and we have made a significant effort to offer staff alternative employment options and to support them through this transition.”

It comes as pork processor giant Tulip last week launched a 45-day consultation to cut up to 170 roles at its Bodmin site in Cornwall due to a “significant fall in production” following a “loss of business”.

Some 320 people are employed at the site. However, Danish Crown-owned Tulip insisted the long-term future of the Bodmin factory was assured.

“Tulip remains in a strong position and the Bodmin facility is one of the finest food factories in the UK, with significant future potential to serve both Tulip and Danish Crown’s customers in the UK and across Europe,” it said in a statement.

“However, immediate focus will remain on supporting colleagues directly impacted by this announcement and supporting the future of the Bodmin site,” it added.

A number of major food manufacturers have made job cut announcements in recent weeks. 2 Sisters said it would close its loss-making factory in Cambuslang, Scotland on 12 April, with the loss of about 450 jobs. It has also recently announced the closure of its Five Star Fish subsidiary, while Young’s Seafood has started a staff consultation at its plant in Annan in Scotland, with 450 jobs under threat.