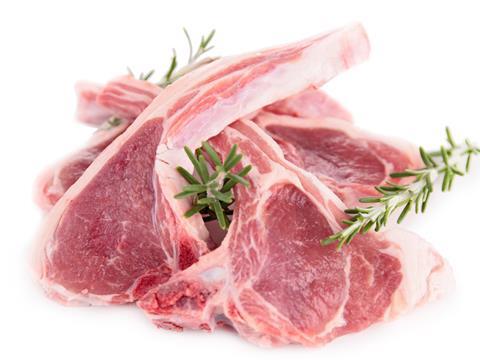 Morrisons has come under fire from Welsh shoppers for failing to carry PGI labelling on its Welsh lamb and for its policy of carrying a Union flag instead of a Welsh flag on pack.

The retailer faced criticism on social media this week, after one Twitter user exposed the practice after shopping at its store in Haverfordwest, Pembrokeshire.

If a product is labelled as ‘Welsh Lamb’ or ‘Welsh Beef’ it must carry the PGI and appropriate trademark logos, according to Hybu Cig Cymru/Meat Promotion Wales. Enforcement is a matter for Trading Standards.

While Morrisons apologised and said its failure to use PGI labelling was an isolated error, callers to a BBC Radio Cymru phone-in on Monday said the practice was widespread across Wales. Morrisons declined to comment further.

The lack of PGI labelling on Morrisons’ Welsh lamb and its decision to carry a Union flag on pack was described as “disappointing” by NFU Cymru livestock board chairman Wyn Evans.

It follows mounting concerns from farming groups over the practice of branding Welsh and Scottish-grown produce with the union flag.

“NFU Cymru regularly meets with all retailers, including Morrisons, and we consistently raise the need to promote Welsh products and for these to be clearly labelled as such,” said Evans.

“However, retailers are ultimately responsible for their branding and marketing. We encourage them to stock and brand Welsh meat and work with them on promotion.”