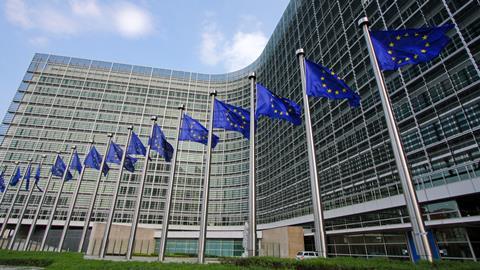 Brussels’ negotiating position shows it’s US or them. It must be the latter

Trade negotiations are a contact sport and the EU is flexing its muscles.

In its mandate for UK trade talks, released yesterday, Brussels upped the ante, calling on Boris Johnson to conform with its rules and end his flirtation with the US.

Many of the demands came as little surprise – think fishing rights – but last-minute lobbying from France created new calls for maintaining level playing fields on standards such as agriculture.

It is potentially a big step. It tells the UK that its exporters will only keep tariff-free, quota-free access to European markets if products like chlorinated chicken and hormone-treated beef are forbidden from entering British shores. A US trade deal would in effect be forbidden.

It leaves Downing Street with a choice: Brussels or Washington? Barnier or Trump? Continuity or change?

For all Boris Johnson’s talk of becoming an independent trade nation, he must fall one way or the other. Brexit was never going to entail absolute freedom.

Johnson must abandon political slogans for a while and think strategically about whose standards we are going to align.

This is admittedly only the EU’s opening position and is in many ways a chest-beating exercise. This is its strongest possible position, the base from which it will inevitably compromise to reach a final deal.

But these are not “pseudo-imperial ambitions”, as suggested in the tabloid press, rather an experienced negotiator gearing up for a fierce confrontation.

Johnson has big choices to make because, make no mistake, he will need to abandon his black-and-white approach to sovereignty if a trade deal is to be reached with the EU. Brussels is not asking for all its rules to be perfectly copied into British law, but it will also not accept a lowering of standards that threatens the livelihoods of European farmers.

If the UK does not align with its agricultural standards, it will simply not buy from us.

“You can’t do deals with either the EU or the US without satisfying their agricultural communities,” said former trade negotiator David Henig at the NFU Conference yesterday.

And it is the EU we must prioritise. About 80% of the UK’s agricultural exports go to the EU, while the level of imports is not far behind. Even the most minor disruption to trade is a less-than-appetising proposition.

The two sides’ goals are ultimately the same – we both want zero-tariff, zero-quota access to each other’s markets. With suitable compromises, a deal by the end of the year is achievable.

The EU’s stall has now been set. Tomorrow we get the UK’s and on Monday, the games begin.