Carlsberg has rediscovered its craft roots

Big breweries have been fighting for their lives for a while now, as consumers continue to abandon regular lager and bitter in favour of craft beers. It’s not that long ago, remember, that Carlsberg was unceremoniously removed from the shelves at Tesco in favour of a new wave, including BrewDog, Brooklyn and Innis & Gunn.

But recent news suggests that the Danish institution has rediscovered its mojo and is staging a comeback.

Yes, Carlsberg has been shaken by the craft movement - but it has worked hard to grab a slice of that market by acquiring smaller breweries and introducing its own speciality range. And, importantly, rather than letting its core offering go flat, it is reinvigorating its ‘sleeping giants’. 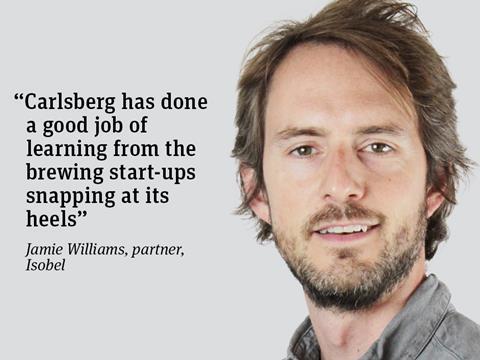 What Carlsberg has done well is learn from the brewing start-ups snapping at its heels. The craft trend provided the catalyst for Carlsberg to re-look at itself and reconsider its brand positioning. The result was Carlsberg going back to its roots and celebrating its Danish heritage and provenance. It actually now sees itself as ‘the original craft brewery’, with new, more modern, ‘cool’ packaging that emphasises ingredients and taste. It has launched a craft beer portfolio, created a ‘craft beer handbook’ and bought a cool and trendy up-and-comer in London Fields.

While the craft and specialty division saw substantial increases in sales volume, last week Carlsberg said its core offering, Export, had driven sales by 20%, and consumer perceptions of the brand have improved considerably.

What Carlsberg has done is premiumise its core product, have the confidence to move it centre stage and add a good splash of craft ingenuity and Danish cool (cue brand ambassador, actor Mads Mikkelsen).

But we’re still seeing plenty of other big brands - breweries and others - ignore shifts in the consumer landscape. They need to take a leaf out of Carlsberg’s book and learn from the new kids on the block who are innovating and shaking up the marketplace.

The burgeoning challengers out there are shaking up how brands think - reigniting brand passion on the way.

Jamie Williams is a partner at creative agency Isobel