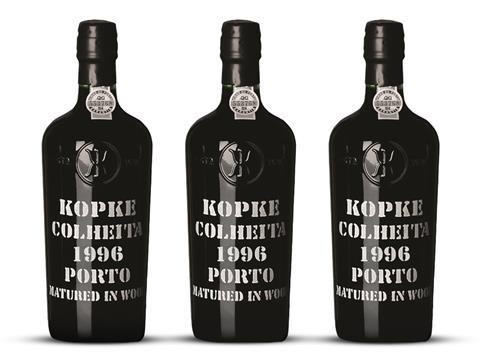 The brand’s 1996 Colheita port has been made available online from the retailer this week in single format (rsp: £30) and cases of six bottles.

The listing marks the first time the Portuguese tipple, which features caramel and dried fruit flavours, had been made available on a national scale in the UK, said PR & communications director Tania Branco, adding the wine producer had been “working actively” to raise awareness of Kopke in the UK.

“We hold the largest volume of Colheita ports in the world, a style with great potential for the RTD category, which is now grabbing the attention of national UK retailers.”

M&S Port buyer Dror Nativ said: “Kopke is a specialist in vintage tawny ports and we were impressed by the breadth of vintages they had to offer and the styles, which are both rich and nuanced at the same time.”

Other brands in Sogevinus’ portfolio include premium port brands Cálem, Barros and Burmester.