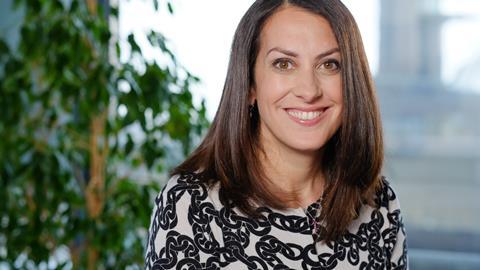 Disney Kitchen head Marianthi O’Dwyer is determined the brand can set a standard in healthy living, driving its partners to go ‘above and beyond’

Marianthi O’Dwyer doesn’t reveal that the Disney Kitchen brand now emblazoned across almost 100 fmcg products was her idea for the duration of our interview. When the press officer finally discloses it at the end, O’Dwyer insists it was a team effort. “I don’t like speaking about myself,” she says. She does, however, like talking about Disney.

Everyone knows Disney. It’s impossible not to. The $60bn company behind countless classic characters, movies and theme parks is ubiquitous. Lesser-known, though, is its Europe-wide food and drink initiative - Disney Kitchen.

The visibly passionate O’Dwyer has led the enterprise since well before its launch in 2018, during a career at Disney that spans more than 22 years and in which time she has seen huge change. She was there when Bob Iger became CEO in 2006, when it purchased Pixar in 2006 and Marvel in 2009 and then Lucasfilm in 2012 - all for eye-watering sums. And she was there for the merger with Fox this year, a deal that gives the company a reported 35% share of all Hollywood entertainment. “Disney now is by no means the same as it was 22 years ago,” says O’Dwyer. “And neither am I.”

Potted CV: Gained an MBA from London Business School in 1997, and joined Disney as category manager for stationery, apparel and home in Athens. Moved to the UK in 1999 to work in the toys and stationery division in the London office. Has been at Disney for more than 20 years and has held numerous positions.

Worst career decision: Frozen is one of the most successful franchises of all time - we missed out on supporting it to its full potential at retail at the time of its release

Best piece of advice given or received: Stay curious, be authentic

In fact, in that time, O’Dwyer has taken on no less than nine roles at the company. Her current one is a bit of a mouthful - VP, franchise and category and head of Healthy Living, UK & Ireland. And it’s almost as complicated as it sounds. “My role, just to explain, is that I head up food, health and beauty for Europe. I also head up Healthy Living for The Walt Disney Company UK and, just to complicate things, more recently I’m also responsible for Frozen, Princess and Disney Pixar in Europe across all categories. “Simply put though, spearheading a more healthy brand image across food and drink now makes up a decent chunk of her day job.

It follows a decision by CEO Iger to introduce the Disney Healthy Living Commitment, part of which meant the introduction of nutritional guidelines applied to all products Disney was considering lending its name to.

“We were the first entertainment company that had guidelines. I believe some companies still do not have them,” O’Dwyer says. “This was the birth of our increased commitment to healthy living and our focus to be a responsible business when it comes to our food portfolio.

“Core to our Healthy Living Commitment is that we want to use the power of our characters to inspire families to eat healthier and be more active. It’s a very commonsense proposition. Parents trust Disney and they want their kids healthy. We want to combine the good with the fun.”

The idea of not caring about health bewilders O’Dwyer - she has made a personal pledge to be more active, competing in several amateur sprint triathlons.

But it wasn’t always front and centre at Disney. After all, licensing deals with brands are by no means unfamiliar territory, with Disney characters appearing at one time or other across everything from chocolate bars to soft drinks, for decades.

In fact, when O’Dwyer took charge of the studio’s Healthy Living agenda five years ago, and started to look into its products more closely, she discovered that for a shocking 81% of Disney-branded food and drink products, the first ingredient was sugar. Today that proportion has been reduced to 15%. “We could hardly be credible in the whole agenda of healthy living if we were not to address our over-reliance on confectionery.”

She also found a lack of standardisation across the range of products offered by Disney. “Walking down the aisle of a grocer it was sometimes hard to see where a Disney product was. When you found it, it didn’t feel like it was part of anything, it was quite disjointed. That was one of the observations I made early on and it was what drove me to challenge the team internally to look at this banner proposition that can sit across a grocer in different aisles and bring an identity that can be visually stronger and consistent.” And thus, the idea for Disney Kitchen was born.

All Disney Kitchen products are now made by partner brands, of which it currently has 12. “We are involved in the brainstorm when it comes to development. But they are the experts that lead that part of the collaboration. When it came to the actual Disney Kitchen banner, we led it. But we worked with them to deliver it.”

“Parents trust Disney and they want their kids healthy. We want to combine the good with the fun”

There is no choice but for these brand partners to meet its strict nutritional guidelines, but they must also be willing to go above and beyond. “Our guidelines are a cap, but they’re not the ambition. We want to be best in class in the product as often as possible.”

Disney does allow a small number of “special occasion treats” such as birthday cakes to use its characters and brands, but these are not allowed to incorporate the Disney Kitchen packaging design.

Disney’s partnership with Asda on its own-brand yoghurt range is one example of a fruitful partnership that has resulted in a product that delivers a best-in-class product, believes O’Dwyer - fitting within her “golden triangle” of taste, nutrition and accessibility.

“A pack of four costs £1, which is accessible. It tastes good because otherwise it wouldn’t have been on sale for two years. Also it meets our guidelines - not only that, but compared with similar products in Asda, it’s actually best in class when it comes to saturated fat and sugar.”

Not all such partnerships have been so successful, though. “We have launched some products which maybe families are not ready for. Perhaps by meeting our guidelines they were not tasty enough,” O’Dwyer admits. “Three years ago we launched a pizza with Goodfella’s and there were complaints there wasn’t enough cheese.” However, “thankfully we’ve had more products that have worked than haven’t”.

With a presence in all key grocery stores, its next steps are to plug the gaps.

One category the company is yet to crack is fruit & vegetables, which has been difficult because of the ability to “bring the storytelling” to the product. O’Dwyer reveals the company has some exciting new launches coming up in this area, but won’t give more details.

She is also excited by the prospect of breaking into the US market, and makes sure she mentions Disney Kitchen to her US colleagues at “every opportunity”.

Not least as she’s proud of her role in the evolution of the Disney brand. “It gives you satisfaction beyond doing your day-to-day job,” she says. “When we get more kids drinking water instead of fizzy drinks and becoming more active - how can I not be proud?”