Donna considers the pros and cons of a meat-free diet 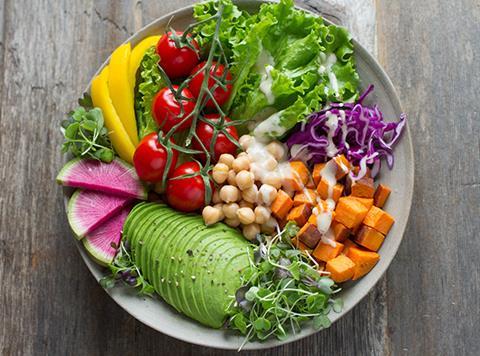 I know, I am an awful traditionalist but I do tend to look on proponents of meat-free food in the same way as fans of partner-free sex. I suppose it saves you a lot of trouble but frankly it’s not quite the same thing and in the end there’s no substitute for a bit of meat, is there?

Still, one has to move with the times and save the planet and what-have-you, even if it comes at the expense of any pleasure in life other than that particularly millennial joy of gratuitous value signalling. George, my ironically titled intelligence officer, has a degree in Meeja Studies from the University of Walthamstow, and so I take it as gospel when he tells me that it is all the rage for these dear young things to post pictures of their lunch online. To show their friends what they’re about to eat. Apparently.

It has always seemed to me most vegan food looks roughly the same whether you take the picture before or after eating. But I have to say George did bring back a very colourful selection of Instagram-friendly vegan items back from a fact-finding mission to Tesco. Yes, gone is the brown vegetarian mush of yore, to be replaced by items looking more like a fatal explosion in a Lego factory.

It was all quite inedible of course, but now that Frexit has been charged with planning the carefully orchestrated total failure of food distribution from April onwards, it did strike me that everyone going vegan might be an option. For one thing, mung beans and lentils don’t require much chiller capacity, do they, my little pom poms? And demand will be so much easier to manage once everyone has lost their appetite.