Donna looks out for the kids and campaigns against obesity 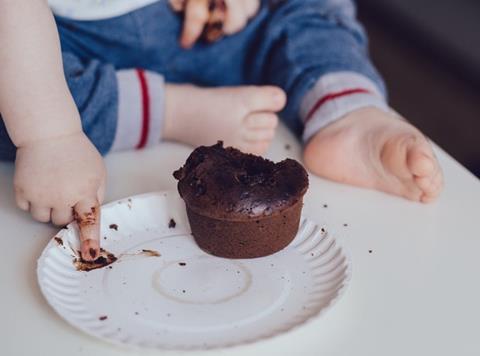 Darlings, as someone who is as svelte of body as they are sharp of mind, I had little cause to worry about our rotund infant population until Michael Gove, who when he is not sharpening the stiletto tries to profile himself as my ‘boss’, asked me to campaign on the issue.

It was a tad embarrassing I confess. I got as far as Euston before Clarke the Frexit driver pointed out that HFSS was nothing to do with jolly fast choo-choos - in fact it’s the demonisation of chocolate, a woman’s second best friend. And Fishlips wants me to ban it!

Well not quite. But those awful social liberals have concocted some dreadful woke theory that stuffing kiddies with sweeties is somehow bad - frankly, anything that keeps their mouths shut has to be a good thing in my book.

Actually I started drafting the ‘Fat Kids’ policy a while back, but I didn’t get much further than suggesting lollipop-shaped broccoli when some sourpuss PR luvvie at Defra told me I’d better come up with a new name for it quick smart!

So I sat down with Clarke and my obsequious gopher George to thrash it out. It’s not the Brains Trust, exactly, but Clarke used to run some awful shop or other and George, it is said, is fond of a Maccy D, so it was worth a go on the monkeys/typewriters principle.

They came up with ‘Child Obesity Strategy’, which I thought was rather pappy - I mean, aren’t there enough obese children already? However, Govey seems to like it, so job done!

Except now he wants me to think up some actual policies. Just to throw him off the scent I suggested banning sweeties at checkouts. I mean, he’s not so stupid as to think THAT would work. Is he?