Donna wonders whether it's time to up and become a vegan 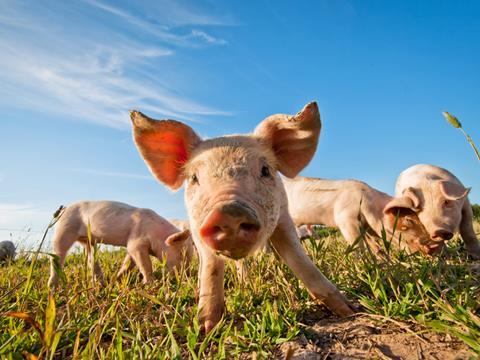 Well really! It’s a fine thing when a gal can’t take a modest, well-earned break in the Caribbean with three or four close personal trainers without having to knock heads together at home. And it’s bad enough having to be part of a government run by a bunch of Jeremies, never mind having to hear its shortcomings trumpeted by the gnarled but otherwise lovely Ian Wright of the FDF.

Wrighty reckons we’re going to be hoarding Spam and mushy peas within a few minutes of rowing up Brexit creek without a paddle, and frankly who’s to say he’s wrong? Personally I shall enjoy the Pop Tart Riots on the streets of Clacton, but let’s face it, our food industry is its own worst enemy. Don’t they know that’s the rightful task of government?

Take this ghastly Red Tractor business. If mistreating dumb animals does indeed appeal to those towards the Neanderthal end of the spectrum, then they could at least make sure it’s the anorak-wearing crusties up in the rafters with the TV production crews and complexion issues that they’re abusing, and not Mr Piglet.

It’s all perfectly horrid and quite enough to make you want to withdraw entirely from the human race and become a vegan. OK, perhaps it’s not quite that bad, but if the abattoir bosses don’t want your prima donna initiating an industry probe - and here I’m talking about inserting a cattle prod where the sun dare not venture - then they could perhaps shape up just a little?

Meanwhile, I’m sparing a thought for dear little Jesús Lorente at Asda, who has got the old heave-ho after Roger Burnley deemed him not to be delivering sufficient marketing economies. And there was me thinking Jesus saves!