IHOP plays the name game with burger that’s a pancake 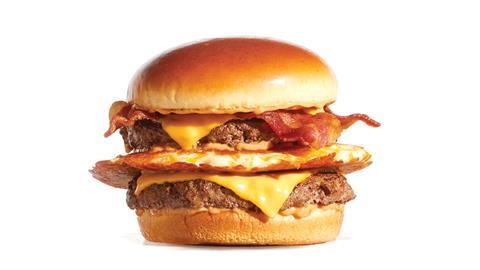 What’s in a name? An IHOP ‘pancake’ (with a pancake in it)

It’s been a year since US pancake chain IHOP (controversially and temporarily) changed its name to IHOb, in order to reflect that its menu went beyond the pancake.

Apparently thirsty for more strife, it this week took the opposite tack, launching three burgers and cynically naming them ‘pancakes’ – apparently on the principle that if you ask for a ‘burger’, the bun and sundries are a given.

Which means that, yep, these burgers contain pancakes. But the move, evidently designed to bait Twitter users (the grumpiest of which get placed on what it calls the ‘Bancake’ list), is already generating online rage about the name – relegating the egregious culinary crime to ‘non-issue’ status. Clever!