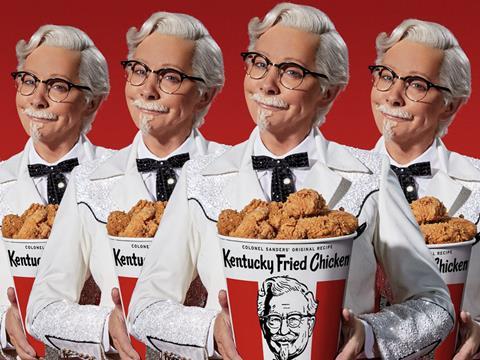 Since Colonel Sanders passed in 1980, KFC has hired a number of actors to carry his torch in US ad campaigns, including Rob Lowe and Ray Liotta.

Inevitably, the usual group of insecure men have sobbed about the move to their 57 followers on Twitter - perhaps correctly arguing that the real Colonel wouldn’t approve (he wasn’t exactly an ardent feminist, folks). Which, of course, makes the whole thing more amusing. Finger-lick it up, losers!