My Week… by Gavin Darby (as told to Bill Tush) 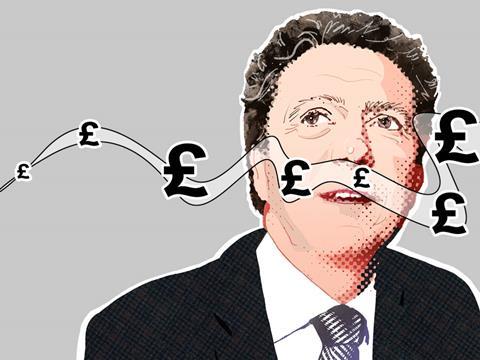 I’m not some little boy in short trousers, you know, tempted by any old offer that’s wafted under my nose. You should look upon me as a Mr Kipling figure: a twinkly-eyed grandpa, proffering Treacle Tarts and Bramley Apple Pies smothered in Ambrosia to Premier Foods shareholders and advising them not to digest anything too spicy or foreign, like 52p, 60p, 65p per share from McCormick.

Some say what I’m offering is not good for them. It wouldn’t be the first time that accusation were levelled at Premier Foods, would it? But I’ve bet a sizeable dollop of stodgy British blind faith and a healthy disregard of fancy foreign financial common sense will win the day. I mean, it’s not like the Great British Public or BICY (the Department of Business, Innovation and Cowing to the Yanks) would allow a fine old British brand like Cadbury to fall into American hands, is it? Actually, maybe that wasn’t the best example.

So what if the share price has doubled since the Spice Boys made their approach! We have fairly firm plans to deliver growth of up to 4%, with other growth next year too - making, well, let’s see now, more than 4%! With that kind of wind in your sales only a complete fool would accept a paltry 100% premium to the pre-bid price!

I frankly pity those who argue Premier’s brand portfolio is not all that appetising in an age when sugar and salt are regarded as even worse than booze and fags and fun stuff like that. Can I just remind you that Atora has quite a few less than 1,700 kcal per 200g packet? Meaning you could eat a whole pack of shredded suet and still have room in your daily allowance for not one but two Cadbury’s Caramel Cake Bars. Unpalatable? No more than 52p, 60p, 65p per share!