Pat keeps up with the 'Pokeyrmum' craze 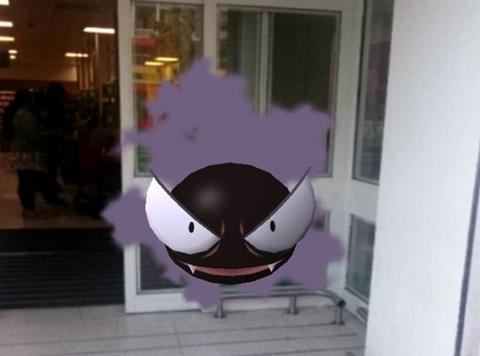 Never let it be said that our Pat is behind the times. I had my lovely little granddaughter Kayleigh-Leigh for the weekend and she asked me if I wanted to play a game. I thought she might have meant sardines (PatSmart price: John West £2 for six tins, short date) but actually she fiddled with my telephone a bit and soon enough we were footling around Whitehall playing Pokeyrmum and Go (I think).

I’m still not really sure how it all works but it’s something about catching monsters and storing them in your balls. I know for a fact that every time I now switch on my phone to call the speaking clock I get yelled at by something called an Andreasaurus who wanted to be a Level 200 but is now a Level 5 in charge of policy on Monster Munch and Cheestrings.

It’s all very confusing and little wonder Asda and their New Mr Clarke (not the same as the Asda Old Mr Clarke who is spending lots of time with his family, or the Tesco Old Mr Clarke who is helping police with their enquiries or the Business New Mr Clark who is in charge of closing British industry) had to tell shoppers to stop trying to catch monsters in their salad aisle.

I don’t know whether E.coli O157 is classified as a monster as such but in any case you won’t be catching it at Pat’s Mart. I’ve taken the precaution of washing all my rocket salad in a 50% bleach solution. I was a bit worried about whether it might leave a bit of a funny taste but that nice Mr Oliver recommended some Trident Tropical Twist sugar-free gum (PatSmart price: £2 per pack). “It’s the healthy option,” he said. “Better to buy a new pack once every few years than risk Donald Trump blowing us all to smithereens.” It’s hard to argue with that.