Pepsi sky advertising trial brought back down to earth 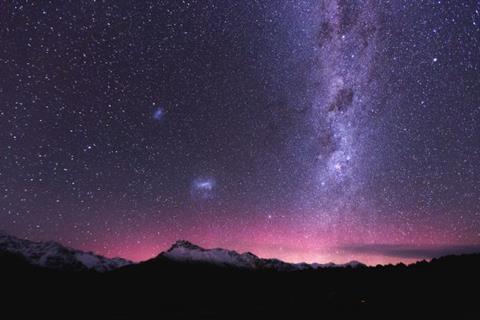 The sky at night: ad logo not pictured

The awesome beauty of the night sky. The feeling of insignificance as one mulls its celestial might. Truly, tis a magnificent… branding opportunity.

At least, that’s what Russian startup StartRocket reckons, anyway. It has developed a way to launch ‘orbital billboards’ into the atmosphere. Artificial constellations of reflective ‘CubeSat’ nanosatellites are launched via weather balloons, and can project logos in the sky for up to eight hours.

Oblivious of the Orwellian overtones, Pepsi was among the first to give the tech a bash, plugging its Adrenaline Rush energy drink in the sky above Yaroslavl Oblast, north-east of Moscow. It didn’t quite get the reaction it was after, with astronomical academics the world over condemning the move.

Sky ads “would be akin to graffitiing a prominent historical monument or building,” said Dr Stephen Wilkins, senior lecturer in astronomy at the University of Sussex. “In fact it’s probably worse, as some graffiti at least has artistic merit.” Ouch.

Pepsi says it has no plans for any more. If it wants to do ‘nightmarish’ on a budget, back-of-eyelid tattoo tech is probably cheaper.