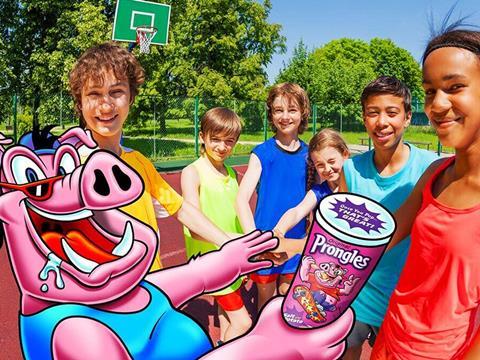 Back in November, we reported on ’Prongles’, a weird Pringles rip-off that had popped up in the US. Packaging revealed the address of the HQ of the people behind parlour game Cards Against Humanity, but little else.

Time for an update. Prongles now has an official website - and it’s a master-satire of aggressive 1990s-style marketing. Mascot Brayden the hog features prominently, as does the chips’ song ‘Once You Pop… That’s Great’, which gets louder if you try to turn the volume down.

An FAQ reveals Cards Against Humanity has abandoned games as ‘the snack food industry is bigger and more profitable’. It also claims the USDA has certified Prongles ‘as a fruit or vegetable’.

Flavours remain the unappetising-sounding Onions & Cream or Salt & Potato, but you can vote for the next one - ‘Whole Fish’ was winning as we went to press. Yum!