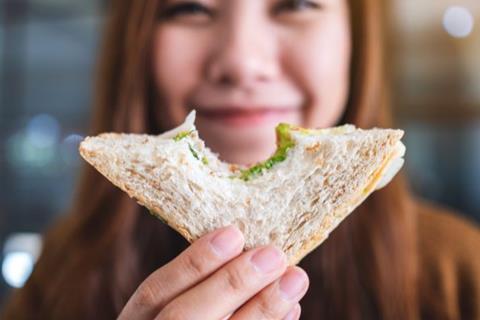 Did somebody say triangle? A sandwich lover’s best bite

For the most part, we’re making our own sandwiches for now. So the decision on how to slice them – into rectangles or triangles – has become a more pressing matter.

You might have a personal preference, or believe it depends on the filling – but you are incorrect. The boffins over at Popular Mechanics have applied some science to the slicing process, and have determined that triangular slicing provides the most satisfying sarnie.

It’s all about satisfying bites, apparently – and that means crust-free ones. Weighted calculations of ‘good’ (three points), ‘OK’ (two) and ‘bad’ (one) bites (based on amount of crust in each one) sees the diagonally sliced option come out on top. The “novelty” of the “side bites” apparently makes them “taste” better, too.

There is a third way, the geeks conclude: trapezoids. But if you get to this point it might be worth having a look at yourself and sorting out a samosa, sausage roll or even a salad instead.