Smutty cereal: a sexy way to start the day? 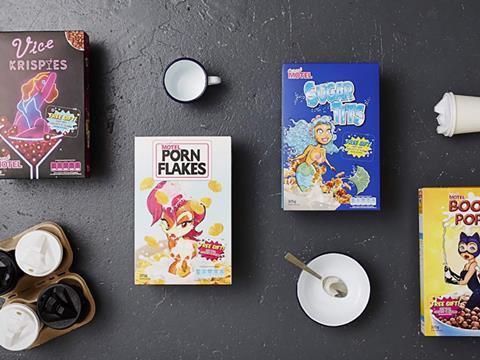 Cereal is a pretty inoffensive foodstuff. Unless you’re one of those anti-sugar hand-wringers, obviously. Or one of those beard men charging £2.50 a bowl at their stupid 1980s cafés.

The packs aren’t really that racy, mind. Perhaps most troubling is the Booty Pops, which focuses on a cat-woman with a prominent behind. This rather lessens the appeal of the ‘chocolate balls’ she’s squatting in.