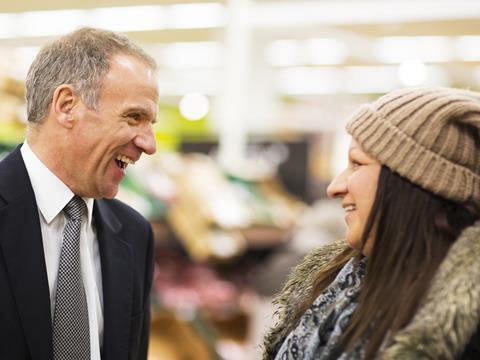 No matter how mighty my commercial empire becomes - and I can tell you in strictest confidence that on some days my turnover comfortably hits two figures in the markdown bin alone - I will never become too proud to learn from my peers. And just as Mr Lewis seems to have gleaned his PR skills from the well-oiled Corbyn campaigning machine, I’ve been learning a thing or two from Tesco.

They’ve always been a bit of a leader in green thinking - we all remember the launch of Mr Leahy’s carbon labelling scheme in 2008. They must almost be finished labelling all of their products by now, and with credentials like that there’s no reason to think that their promise to power everything from solar energy by 2030 is anything but a cast-iron guarantee.

I can only assume they’re hoping that everyone else in the world switches to diesel generators quick smart, especially in Scotland. It’s going to take some pretty significant climate change north of the border to get enough solar energy to power more than a Chinese waving cat.

Anyway, Pat is ahead of the game as usual. All of my energy has been entirely Green for some time. Which is to say that I’ve been running a sneaky extension lead off Caroline Lucas’s meter since 2010. Hope she gets re-elected.

I’ve taken another tip from Mr Lewis, too, and cut my salary by 10%. Admittedly, my pay has always fallen some way short of his, but my accountant has come up with a clever ruse. He noticed that since I fund this business out of my pension pot my salary is actually negative. And if you deduct anything from that, then mathematically it becomes a plus! Brilliant, eh? He used to work for old Mr Clarke, you know.