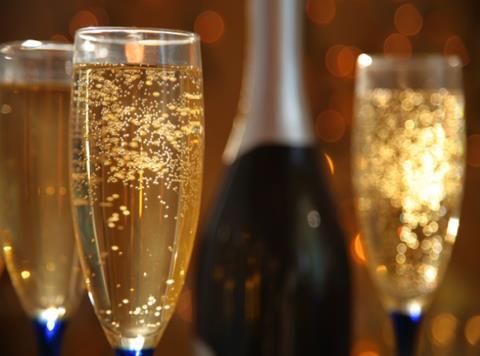 Branded fizz has lost its sparkle with shoppers - who are instead opting for cheaper own-label sparkling wines.

The shift follows a drop in the average price of own-label sparkling wine - making it an affordable alternative to branded wine and Champagne - which has been losing share to other fizz.

Retailers have also altered their mix in favour of own label. In 2012, the top five had 317 branded lines and 55 own label - this year they have 305 branded and 59 own label.

“Supermarkets have made a clear decision to favour their own wines over third-party brands, as in other categories,” said Richard Halstead of consultants Wine Intelligence. If brand X has been delisted in favour of an own label substitute, this could lead to a self-fulfilling prophecy, he added, but consumers were increasingly seeing own-labels as brands in their own right.

It was a view echoed by Alec Smith of International Wine & Spirit Research: “Own-label can offer the reassurance of a well-known brand but at more favourable price point and can be seen as a stronger offering to an unrecognised tertiary sparkling wine brand.”

Asda said sales of its own-label sparkling range had risen 36% since the start of the year.

A senior industry figure attributed the overall rise in sparkling to the increasing popularity of Prosecco, which was not dominated by brands. “Own label Prosecco is growing in credibility. Customers are also trading down from champagne as Prosecco is much more accessible and delivers in terms of experience,” he said.

“The retailers have increasingly got behind Prosecco,” drinks analyst Helen Stares said. “Distribution points have increased by 20% in the last year and retailers are giving it more space on the shelf. Display support has increased for the total sparkling category, but Prosecco’s support has also more than doubled.”

It also benefitted from higher levels of promotion this year than last, she added - 70% compared with 64% - and increased promotional activity resulted in its average price falling from £7.73 to £7.45.

“Retailers are hitting £5 with Cava and then trading shoppers up to £7+ with Prosecco,” she added