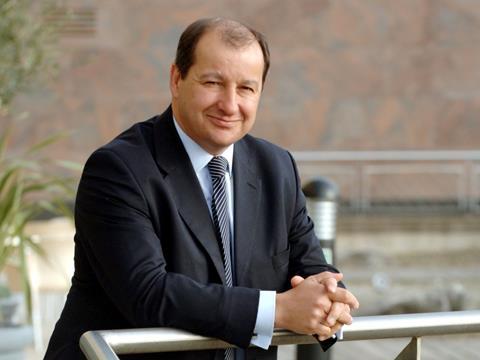 Martin has warned over the impact of post-Brexit tariffs

The CEO of Irish retail group Musgrave says the introduction of Brexit-related tariffs could cause the UK & Ireland to fall into recession.

Chris Martin warned the UK’s decision to exit the EU would be “equally tough in the UK and Ireland”.

He said the devaluation of sterling had already had a major impact on the areas near the border with Northern Ireland in the past few months, but “where the real change comes is with tariffs”.

“Ultimately I think it’s incumbent, unless we want to see consumer recession both in the UK and Ireland, that we work as retailers, and also suppliers, to make sure those tariffs are worked away through the system,” he said.

EU members can sell goods freely anywhere else in Europe without having to pay additional taxes.

But if the UK was unable to negotiate a free trade deal following Brexit, a 40% World Trade Organization tariff on the cost of goods would be the “worst-case scenario”, warned Martin.

“So it’s a big issue. We’ve got a taskforce working through it, we’re playing out scenarios on particular categories so we can see where the supply chain opportunities are. But there’s also a question that you may be doing that work too soon until you really know how Brexit is going to unfold.”

Martin made the comments during a session at IGD’s Convenience Retail Summit in London yesterday.

“But at the moment we are focused on rolling it out to our brands. So it’s a huge opportunity for us - much more than we thought. Because Costa, Starbucks and Insomnia are very well-known brands. We put a dedicated team to it and it has far outweighed our expectations.”