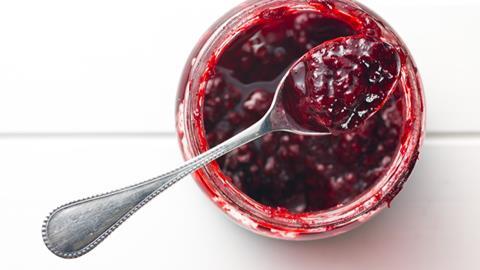 Theresa May evidently loves living on the edge. First, she admits to skipping through fields of wheat with wild abandon. Now she’s telling her cabinet to scrape the mould off jam and eat what’s underneath.

Both of which, I’d argue, are pretty naughty. The PM might be cutting back on food waste with her jam habits, but it’s not exactly great advice for the public. Mould is not something to mess with. And scraping it off does not make the preserve “perfectly edible”, as May reportedly claimed.

Urging the public not to follow her advice, an FSA source told The Daily Telegraph that the PM’s advice could expose British families to unseen toxins. “While it is possible that removing the mould and a significant amount of the surrounding product could remove any unseen toxins that are present, there is no guarantee that doing so would remove them all,” they said.

Of course, as many have pointed out, May – a type 1 diabetic – would perhaps be better off not eating jam at all. Some have even accused the PM of making the whole thing up to subliminally give the nation tips on how to survive post-Brexit food shortages.

Who knows? And really, who cares?

What should be far more concerning to everyone is that May is seemingly applying her newfound maverick attitude to Brexit. With just 43 days to go until B-day the whole thing is a big, sticky mess.

Opinion: Brexit tensions are driving a wedge between government and industry

Things are so bad Britain’s food industry has just threatened to break off co-operation with the government because of the “catastrophic” risk of a no-deal Brexit. The heads of 30 trade associations warned Michael Gove they don’t have time to respond to consultations on anything unrelated to Brexit, because a no-deal is looking to be the “likeliest outcome” and they need to get ready for it.

Not that they can actually do much, given the ongoing uncertainty. Take the changes they’ll need to make to food labels. All businesses exporting products of animal origin to the EU will have to replace the EU health and ID marks with a new UK version, Defra has confirmed, but those marks haven’t been approved yet.

And neither has the new UK organic mark. In fact, the government has already admitted organic food suppliers would be banned from exporting to the EU for at least nine months in the event of a no-deal outcome on Brexit.

That sort of “mind blowing” disruption would be disastrous for many organic producers, Martin Sawyer, chief executive of Soil Association Certification, has warned.

And organic producers aren’t the only ones bracing themselves for a rough ride ahead. Almost one in eight food and drink businesses believe they may go bust in the event of a no-deal Brexit, according to a major new survey by the FDF.

But May still insists the UK will leave the EU on 29 March 2019, deal or no deal. In the words of the SNP’s Westminster leader Ian Blackford, she’s playing “fast and loose” politics at a time when businesses are begging for certainty.

And that, Prime Minister, is the naughtiest thing you’ve done yet.